Ripples in the Political Pond

Brexit, Populism and the End of Globalization

The recent departure of the United Kingdom from the European Union should be seen as good news not just for Britain but the world. Trust the British to realize that any bureaucracy that grows continually and provides almost no benefit for the average person should be abandoned forthwith. The British can now focus on making life better for their own citizens and striking direct trade deals with other countries: deals that will improve their own economic prospects. It is a harbinger of other initiatives that will reverse the trend toward Globalization - a trend which has created a larger and larger chasm between governments and the ordinary people they purport to govern. Thus Brexit will undoubtedly cause ripples in the global political universe. The departure speech of Nigel Farage is both humorous and illuminating. No flags please; no cultural pluralism here.

Any bureaucracy beyond a certain size takes on the characteristics of a biological organism and, like any living organism, its primary and secondary goals slowly metamorphose into perpetuating itself and growing. The European Union project is a case in point. The European Commission employs at least 32,000 people in addition to more than 10,000 people in the European Parliament and general secretariat. All these people are well paid and enjoy excellent pension plans. They constitute a new governmental elite. Keep in mind that these bureaucrats are in addition to those in each of the member countries. So how do they keep busy? There are over 60,000 standards dictated by the E.U.

A Gatestone Institute article from 2013 explains that the European Union "has quietly approved a ban on large vacuum cleaners in an effort to 're-educate' spendthrift citizens who consume too much energy." Arguments that low-power vacuums might not perform their cleaning task very well were apparently brushed aside. The article goes on to describe the Commission Regulation No. 1677/88, which states that "Class I and Extra class cucumbers are allowed a bend of 10mm per 10cm of length. Class II cucumbers can bend twice as much. Any cucumbers that are curvier may not be bought or sold." The 'curvy cucumber' ban was ultimately rescinded due to public outrage but the regulatory over-reach continued. "In May 2013, the European Commission announced the so-called Plant Reproductive Material Law, an Orwellian directive that would make it illegal to 'grow, reproduce or trade' any vegetable seeds that have not been 'tested, approved and accepted' by a new EU bureaucracy named the EU Plant Variety Agency. The new law would give Brussels authority over all plants and seeds bought and sold in all 28 EU member states, and would prohibit home gardeners from growing their own plants from non-regulated seeds."

This is not to suggest that all bureaucracies are bad. Whenever people come together to form a tribe, city, county or state there is a need for governance and that means a bureaucracy of some sort. It is a rational method for complex businesses and government to organize themselves. However, I would argue that the value of any government bureaucracy to those governed ultimately follows the value curve characteristic of so many things.

Globalists, most of who believe that growth is good, and the bigger the better, are of course irked by Brexit. They should be terrified. Brexit sets an example for people who believe that smaller local governments are better able to promote efficiency and good governance than large remote bureaucracies. One size and one set of rules does not fit all. Only those functions which can not be efficiently organized and managed at a local level should be assigned to a larger government unit. This is not against trade. It is about allowing citizens to create new opportunities and efficiencies which will naturally encourage trade. It is about freeing the marketplace from silly impediments which do not fit local conditions.

Thus Brexit, which is about governance and not trade, is an example of a smaller political unit taking back power from a larger political unit. And while such an action is irksome to globalists, it will rejuvenate local government and citizens by placing more political power in their hands. One reason that many young people feel powerless to influence government for the better is because large bureaucracies are so difficult to influence. Such organizations are hamstrung by the need to satisfy too many political and practical requirements, plus the demands of the shadow elites, and are thus adverse to any change that doesn't benefit some power group. 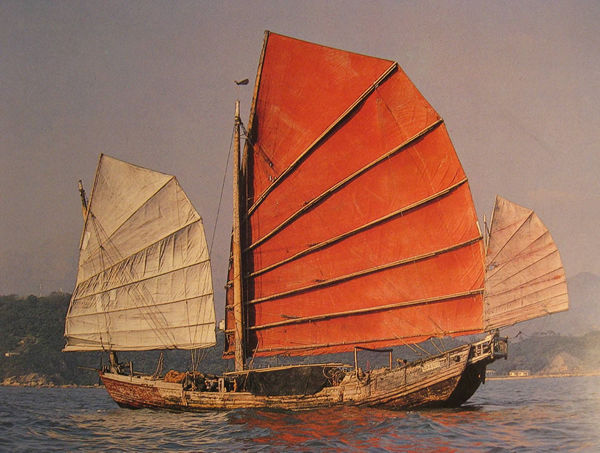 Smaller governance units are also a bulwark against big mistakes. Historically, China is a good example. In the 1400's it was a unified country with the largest merchant navy in the world - far beyond what Europe could claim both in size and number of ships. Then, in one of the largest mistakes every made by a country, the Chinese elites, who were alarmed at the rise of a new wealthy merchant class, persuaded the Emperor and his civil service to ban ocean going voyages in order to control trade and protect their power. In 1430 the Emperor gave the order to destroy the entire fleet. The ships were either burned or left to rot at the pier. The Ming Dynasty subsequently went into a slump that lasted several hundred years. It was an example of elites preventing real progress to satisfy their own economic self-interest. In contrast, the European countries competed against one another to promote trade and explore the world. Columbus sailed from, and for, Spain because he tried and was unable to get venture funding elsewhere.

Brexit is an example of a new form of populism; not the narrow and restrictive type that is so often pilloried, but a liberal populism that builds on local self-confidence and is open, creative, and productive. It is governance driven by democracy, cultural pluralism, and common sense, and not controlled by ideologues. That is the form of governance which will foster prosperity and sanity. The ripples from Brexit will over time have a global effect. Canada should take serious note.