THIS STORY HAS CHAPTERS

Start Reading at Chapter One
The Killing of Capitalism (Ch 1)

The Killing of Capitalism (Ch 3) 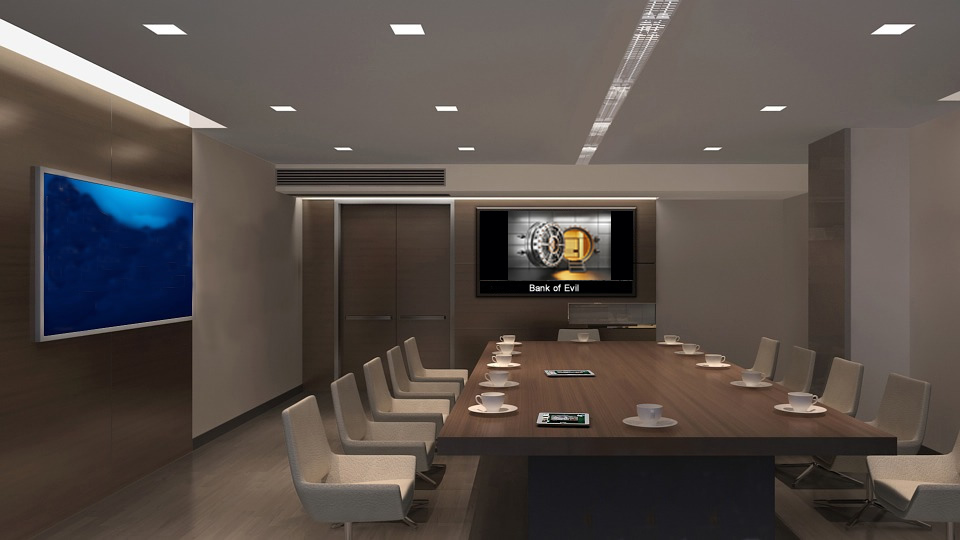 "It's a good plan, it will work," Ngoro stated forcefully, leaning forward and fixing his eyes on Edward. "It just needs more time. We have most of the Western leaders onside and almost all of the main-stream media as well as the Hollywood A-list crowd. And of course the weather has cooperated with lots of extreme events like fires in California and Australia, hurricanes in the Atlantic and floods everywhere. The ‘Climate Emergency’ message is being heard from radio, newspapers, and even mayors of cities and governors of states. Polls show that the majority of people are convinced that climate is a serious problem that must be addressed. Another huge hurricane hitting the coast, or an extended heat wave in Europe or India will convince the doubters it's a crisis. So how can you say that the plan is failing?" He paused and looked at the other members around the table.

Edward had started the meeting by indicating that he thought the ‘Project’ as it was called was unlikely to succeed and he wanted to move on. Ngoro had disagreed.

Ngoro Ngobirani was the Family member at the United Nations. Born in Nigeria, he was a senior deputy of an African UN delegation but secretly represented the interests of the Family. Although African, he was educated in England and spoke with a slight English accent. At six feet four and 210 pounds he presented a formidable appearance helped by his habit of working out almost daily and having a penchant for slightly tight-fitting clothes to show off his muscular frame. This and a shaved head, piercing brown eyes and an aggressive nature helped him to get his way with most bureaucrats and many other delegates at the UN. He was a prime mover in the Agenda 21-30 program and had pushed hard for the carbon dioxide climate crisis program.

"Failing is such a hard word Ngo," said TT. "Let’s just say that it’s stumbling around like a Glasgow politician in his cups and will sooner or later do a slow-motion face plant onto the hard pavement of reality." He held out his hands in a gesture of futility. "Shit. It’s dead man walking and any punter outside the polished marble walls of that UN mausoleum can see the cracks growing daily. It sure as silicon didn’t help when your Madame Accolade opened her mouth and let the cat out of the bag."

"Madame Accolade?" Akio said. "Who's that?" Akio was the far East Japanese banking member who lived in Tokyo.

"You must have heard of Figueres. When the Executive Secretary of the UN Framework Convention on Climate Change admits that the goal is not to save the world from ecological calamity so much as to destroy Capitalism, well, you don’t think that tidbit is going to find it's way out of the barn and into the open pasture? Get real. We need some new plans, fans." TT tapped his knuckles on the table and chuckled. His real name was Touchstone Turner, English, a tough Brummie lad who was cynical about most things. He was a millennial, of average height with a slight, almost skinny build, reddish hair and big blue eyes. His unassuming physical appearance was offset by an acerbic wit matched by a particularly sharp tongue. He was a political operative and spent most of his time at Whitehall. TT wasn’t one to soft-peddle his opinions although he could be politically astute when necessary.

"No, it doesn't matter what Figueres said. Listen. It’ll work," Ngoro almost shouted. "Europe is onside and once we get rid of Trump we’ll have America. Even Canada is totally onside. Why don't you think it'll work?" Ngoro was at his aggressive best, trying to stare down anyone around the table who seemed to be wavering. He turned to look at the Goblin. "What do you say Iggy? It was your idea to use this global warming science and hype it into a crisis in the first place."

"Social media," broke in Tati before Iglark had a chance to reply. "That's why it's starting to fail. More and more Proles are getting news through social media and bypassing the MSM. We’ve been flooding the network with scare stories and selected facts using bots but it’s less and less effective. People are starting to turn off. There’s too much contrary information on Youtube, plus bloggers and scientists presenting actual facts. It’s a losing battle at this point. The average person is already starting to doubt that it’s a real crisis." Tatiana Deceptovsky was the Family internet and social media guru who operated out of her home city of Riga, Latvia. She was a tall, striking, Slavic girl in her twenties, just over six feet, black hair dyed purple with white stripes and a slim figure that nevertheless came across as somehow sensual, perhaps due to her manner of walking which was like a cat. Her normal costume included a sweater, short skirt over yoga pants, heavy boots and elaborate eye makeup. She spoke with a slight Russian accent and was brilliant at coding and hacking and ran a covert Russian operation when she wasn’t attending to Family business. She stared at Ngoro, then sat back and lit a dark Turkish cigarette.

Edward, in his large antique chair at the end of the table, watched the nine closely. He wasn’t in favour of smoking in the meeting room but had a soft spot for Tati to whom he was strangely attracted. This bothered him slightly because he saw her as a kind of daughter. His chair was on a low platform so that he sat higher than the others and he scanned their faces, judging reactions. He already knew them well, their strengths and weaknesses. Several of the members around the table started to speak up, arguing about the ‘Project’ which had been in operation for several years. Many had worked hard on it and had even come to almost believe the runaway global warming story themselves. Climate was always changing and it was easy to confuse weather and climate. The sound of the voices became louder and more heated. Iggy was defending himself and his Project. Others wanted to give it more time, and some agreed with TT that something new was needed.

Edward was secretly pleased at their eagerness. Passion was something he could harness and his lips curled upward in satisfaction. He raised his cane and brought it down on the table with a crash. Then in the sudden silence that followed he looked at each person around the table before speaking.

"Few things are impossible to diligence and skill. Great works are performed not by strength, but perseverance – Samuel Johnson. Perseverance." Edward repeated the last word of the quotation for emphasis. He paused again for effect as he looked around the table before continuing in a matter-of-fact voice. "We will persevere. The goal is the same, killing Capitalism, but the strategy is different. The UN will no doubt continue trying to manufacture a crisis using climate but we will follow a different and more effective path. I have reviewed the facts and decided to move on. Did you all get my notes on project Sunflower?"

Multiple voices murmured consent and there was a rustling of paper as each dug out their copy of the notes. Edward waited until they were all ready and then said, "Albert, you take the lead on this as we discussed. Heinrich will assist as necessary."

"Fine," said Albert. When he had received Edward's notes a couple of weeks ago he immediately saw the similarity to a side project of his own - something he had been working on for some time. He had called Edward and complimented him on the idea, added a few thoughts of his own, and agreed to take the lead on Sunflower. He smiled, looking around the table and feeling superior. He had stroked the ego of the Boss - always a good idea in any organization - and was now in control of the Family's key initiative going forward. Things couldn't be better. Albert Fonseca was a banking expert who worked for one of the top global banks headquartered in New York. Prior to moving into his current senior slot at the bank he had worked for the US Treasury Secretary and also the Federal Reserve of New York. He was always dressed in an Armani bespoke suit, very classy and expensive, with a signature flower in his lapel. His dark hair was combed back showing a high forehead above an aquiline face with brown eyes, one eyelid of which had a slight droop below a scar that bisected his eyebrow and which he claimed was due to a childhood accident. There was a touch of New York slang in his voice which he was good at hiding - when he wanted.

"This plan is based on subverting the entire global financial structure," he said. "I have prepared a presentation which will explain things in detail and the role that each of you can play. This is a great idea from the Boss, a kind of plan B, and It will succeed. Sunflower complements and amplifies trends which are already operating in the world. Iggy, will you put up the slides, please."

At that point Edward stood up and said, "before you begin, Albert, we will take a break for coffee. Iggy, once you have the slides up, please call Strux and have him bring in the refreshments." Then Edward rose and slipped out a side door, making his way to his own office which he locked before typing a long code into his laptop. A moment later a logo appeared on the screen and a voice said, "the meeting seems to be going well."

"I see you've been watching, Quell. Yes, We have the right team and this will be a much superior plan." Edward's voice betrayed an unusual nervousness.

"Good. The League does not want any more delays. We need a real crisis. Am I clear?"

"Yes Quell. I intend to. But if..." Edward stopped talking as the logo on the screen blinked off. He found that he was sweating and wiped his face with his monogrammed handkerchief. He noticed the rat watching from his cage in the corner. We all have our own cages, he thought.

"Never apologize, never explain, it's a sign of weakness - John Wayne," he said to Squeaky as he left the room.

Read Related Next : The Killing of Capitalism (Ch 4)